How Much Caffeine is in a Cup of Coffee? A Complete Guide 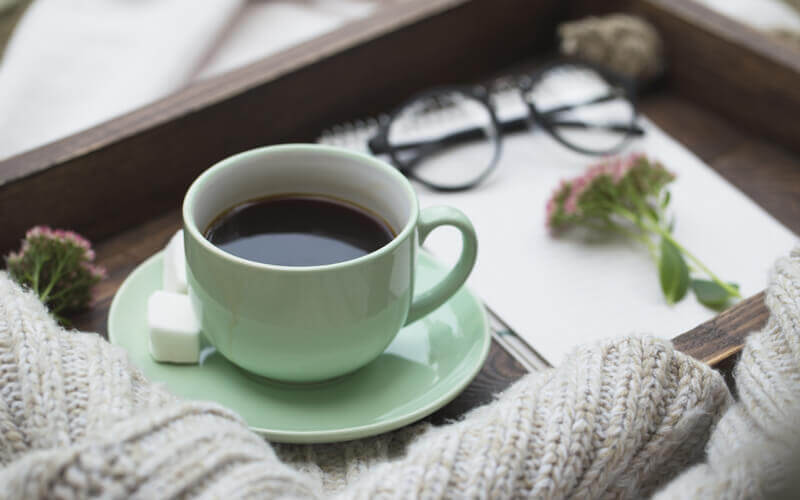 Do you depend on that morning cup of coffee to really wake you up and get you going during the day? You’re not alone. But, do you know how much caffeine is in a cup of coffee? In this article, we discuss everything you need to know – from the caffeine content in different coffee drinks to how it can affect your body.

Caffeine is a natural stimulant that is most commonly found in cacao plants, tea, and coffee. It works by stimulating the brain and central nervous system, helping you stay alert and prevent the onset of fatigue. Caffeine functions by blocking the effects of adenosine – a neurotransmitter that relaxes the brain and makes you feel tired.

Caffeine helps you stay awake by connecting to adenosine receptors in the brain without activating them; this blocks the effects of adenosine, resulting in reduced tiredness. Caffeine may also increase blood adrenaline levels and increase brain activity of the neurotransmitters, norepinephrine and dopamine. This combination further stimulates the brain and promotes a state of focus and alertness.

Because it affects your brain, caffeine is typically referred to as a psychoactive drug. However, unlike many drugs, there’s no stigma associated with consuming caffeine regularly. In fact, it is estimated that about 80% of the world’s population consumes a caffeinated product each day.

What Foods and Drinks Contain Caffeine?

Caffeine is naturally found in the nuts, seeds, or leaves of certain plants. Then, these natural sources are harvested and processed to produce caffeinated foods and beverages. Some foods also contain caffeine. For example, 1 ounce of milk chocolate contains around 1-15mg of caffeine, whereas 1 ounce of dark chocolate has around 5-35mg of caffeine. You can also find caffeine in some over-the-counter (OTC) or prescription medications like allergy, cold, and pain medications. It is also a common ingredient in many weight loss supplements.

How Much Caffeine is in a Cup of Coffee?

Each cup of coffee contains a different amount of caffeine. This is due to several factors, including the amount of ground coffee used, variations in the coffee blend, and the brewing technique used. The figures below will give you a good idea of how much caffeine is in a cup of coffee.

What Affects the Amount of Caffeine in Coffee?

As mentioned above, the amount of caffeine in a cup of coffee varies depending on several factors, including the amount of ground coffee used, variations in the coffee blend, and the brewing technique used.

Listed below are some of the factors that affect the amount of caffeine in a cup of coffee.

For most people, drinking coffee and other caffeinated beverages is no big deal, assuming they don’t go overboard. Still, for others, it’s important to avoid or at the very least, limit your daily caffeine intake. However, that doesn’t mean that you have to give up your daily cup of coffee. By knowing and understanding how much caffeine is in your cup of coffee, you can plan your diet accordingly so you don’t go overboard on caffeine while still getting to brew a delicious cup of coffee every day.