Coffee, Do Me a Favor: Story, Characters, and Reviews 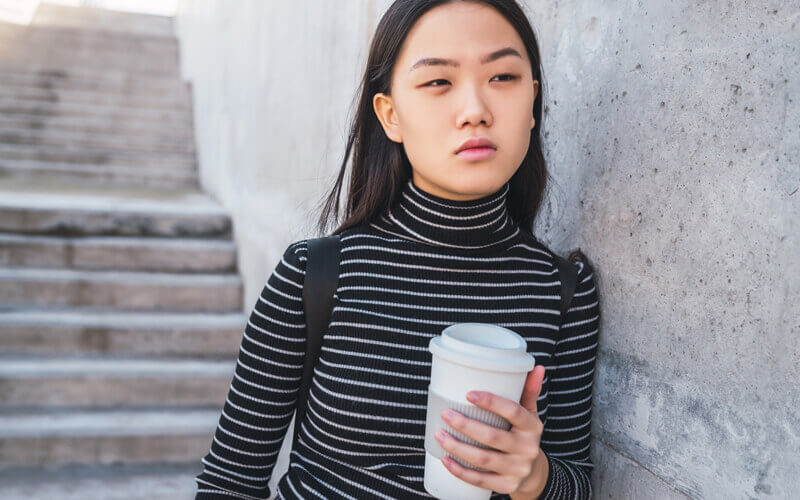 Coffee, Do Me a Favor: What Is It About?

Coffee, Do Me a Favor is a fantasy romantic-comedy that revolves around Lee Seul Bi (Kim Min Young) who has a big crush on her boss Lim Hyun Woo (Yong Junhyung).

Lee Seul Bi’s life isn’t easy – she is always looked down upon because she is chubby. The only man who treats her well is her boss, Lim Hyun Woo, a handsome webtoon artist. Seul Bi is in love with him, but he doesn’t acknowledge her as a woman, only a friend. Seul Bi is desperate until she finds a mysterious coffee place – and after drinking a cup of “magical” coffee from that place, she realizes her appearance has changed into that of a beautiful woman!

So, Seul Bi goes to that coffee shop every morning, changes into her other version named Oh Go, Woon, who replaces her at work. And for the first time, Hyun Woo takes an interest in her.

Coffee, Do Me a Favor revolves around Lee Seul Bi and Lim Hyun Woo.

Coffee, Do Me a Favor Reviews

Wondering if you should add Coffee, Do Me a Favor to your KDrama list? Here’s what people are saying about this show.

“What a heartwarming drama, the message is so good “love your self, if you want to be loved.” – Vyola

“OUT OF 5 STARS: 3.5. the drama had a very sweet welcoming message and that is to love yourself before you can truly love others (sounds like recent albums by a popular Korean boy band with exactly seven members? ? ?). HOWEVER, the main goal of me watching this was to see the chubby girl get the guy. I didn’t care too much for Go Woon, in fact Seul Bi was much prettier in my opinion and if she would’ve wore something other than her grandmother’s table cloths then she could’ve rocked the show. the only reason I wouldn’t give this a solid 5 stars is because the ending was waayyyyy too open and I didn’t get the satisfaction of knowing whether or not they are dating and feels like I wasted 12+hrs of my life waiting for that moment and not even getting it. Do I recommend this? If you’ve really just got time to kill then yes. if you have insecurities then double yes. just don’t expect too much romance from the main lead couple. I’m seriously mad everyone got to do cutesy things in the end except for them >:( >:( >:c” – taratheweeb

“I love it so much. I remember Japanese drama title switched, one pretty and one ugly and fat. But i love it. Cute, funny and oh fantastic! Pokoknya mah baper akut!” – Izumi

“Loving this drama. At first, I did not feel like watching, but when I started to watch, am finding it cute. Refreshing plot.” – Susan

“I love it when I watch first episode… it’s like giving me to believe that fat or ugly girl deserve love from handsome man… after go woon appear its really disappointed me… but I still believe our Hyun woo is not that kind of man… I just watch 2 episode and seriously want to continue next episode… it gets me emotional…. anyway I LOVE MORE seul bi than go woon.” – fat girl

“The show is disappointing to me so far. The first episode got me hooked so quickly and then it just went downhill from there. I really liked the idea of a chubby female lead but as the show progresses it becomes apparent that she really isn’t the lead at all. In the last 2 episodes, we’ve barely gotten a glimpse of her. Appearing mainly at the beginning and end of each episode for like 2 minutes.

Now for Chae Seo-Jin I really don’t dislike the character she’s portraying but the personality and mannerisms are nothing like the character Kim Min-Young plays. It really makes no sense. They are literally just different characters altogether. I’ll continue giving it a shot for a couple more episodes with hopes that the real Seul-Bi gains some of her screen time back. If that’s not the case I’ll probably end up dropping the show. Sucks because I was really excited about this show in the beginning.” – Macky

If you’re a coffee lover and are interested in a rom-com with a twist, you should check out Coffee, Do Me a Favor. While it has its ups and downs (just like any other show), it does have a fairly unique premise that can reel you in. Overall, the cinematography and storyline is good and has some twists that can keep you interested.