Where Did Coffee Originate? The History of Coffee 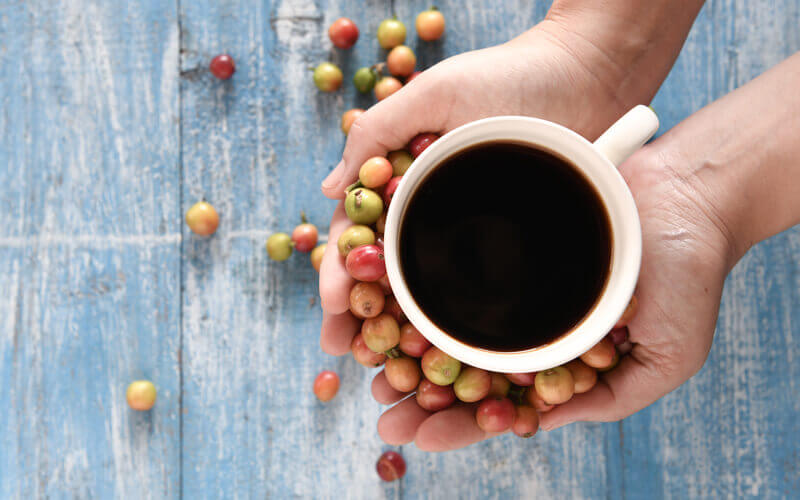 Coffee is one of the most traded commodities in the world, and has become a mainstay of the modern diet. But, no one knows exactly how or when it was discovered, though there are many legends about its origin. In this article, we explore some of the legends about the origins of coffee.

One of the most popular legends about the origin of coffee can be traced back to the ancient coffee forests on the Ethiopian plateau. According to Ethiopia’s coffee origin myth a goat herder named Kaldi was herding his goats one day in a highland area near Abyssinian monastery. The goats started to jump around – almost dancing – and were bleating loudly, which was strange behavior for his herd.

Looking around, Kaldi found that a small shrub was the source of his herd’s excitement. Deciding to try the bright red berries for himself, Kaldi also felt its energizing effects. Amazed at his discovery, Kaldi filled his pockets and rushed home to share it with his wife. Calling it “heaven sent”, Kaldi’s wife told him to share the berries with the monks as well. However, Kaldi didn’t receive the warmest of welcomes at the monastery. One monk referred to the beans as ‘the devil’s work’ and tossed them into the fire.

According to the legend, the aroma that wafted from the roasting beans captured the monks’ attention. After removing the beans from the fire, they attempted to preserve them in a container filled with hot water.This newly brewed concoction had an aroma that attracted even more monks. And after trying it, they experienced its uplifting benefits for themselves.

Amazed at its benefits, the monks vowed to drink it every day as an aid to their religious devotions and to keep them awake during prayer rituals. This legend didn’t appear in writing until 1671 and most accounts date Kaldi back to 850, so it’s difficult to say how much is truth and myth. However, Kaldi’s story does coincide with the commonly held belief that coffee cultivation started in Ethiopia during the ninth century.

Yemen also has several coffee origin myths. One legend from Yemen talks about Yemenite Sufi mystic Ghothul Akbar Nooruddin Abu al-Hasan al-Shadhili who was traveling through Ethiopia, presumably on spiritual matters. On his journey, he encountered some very energetic birds that had been eating the fruit of the bunn plant (also known as the coffee plant elsewhere).

Tired from his journey, he decided to try the berries himself and he discovered that they produced an energetic state in him as well. Another myth claims that coffee originated from Yemen. The story revolves around Sheikh Omar, a doctor-priest, who was exiled to a desert cave close to the mountain of Ousab. After some time on exile, and on the verge of starvation, Omar found the red berries of the coffee plant and tried to eat them.

However, he found them too bitter to eat raw and in an effort to remove their bitterness, he threw the berries into the fire. However, this ‘roasting’ hardened the berries and made them unsuitable for chewing, so Omar then attempted to soften them. As the roasted berries boiled, he noticed a pleasant aroma from the brown liquid and decided to drink this concoction rather than eat the beans.

He found the drink to be rejuvenating and share his story with others. Stories of Omar’s rejuvenating drink quickly reached his hometown of Mocha. His exile was lifted and he was ordered to return home with the berries he discovered. Upon his return, he shared the beans and the drink with others who found that it ‘cured’ many ailments. It was not long before they hailed coffee as a ‘miracle drug’ and Omar as a saint – in fact, a monastery was built in Mocha in honor of Omar.

European travelers to the Near East brought back stories of a strange dark, black beverage. By the 17th century, coffee had found its way to Europe and was becoming popular throughout the continent. Upon hearing about this new beverage, some people reacted with fear and suspicion, calling it the ‘bitter invention of Satan’.

In fact, the local clergy condemned coffee when it first came to Venice in 1615 – the controversy was so massive that Pope Clement VIII was asked to intervene. Before making a decision, he decided to taste the beverage for himself and found the drink so satisfying that he gave it his papal approval. Despite the controversies that surrounded it, coffee houses quickly became centers of communication and social activity in the major cities of Holland, France, Germany, Austria, and England.

In England, ‘penny universities’ were founded – so called because for a penny, one could buy a cup of coffee and participate in stimulating conversation. Eventually, coffee started to replace the common breakfast beverages of the time which were wine and beer. Those who drank coffee instead of alcohol started their days energized and alert, and they found that the quality of their work was greatly improved. By the mid-17th century, there were more than 300 coffee houses in London, many of which attracted many like-minded patrons, including artists, brokers, merchants, and shippers.

Plantations Across the Globe

As demand for coffee continued to spread across the globe, there was fierce competition to cultivate coffee outside of Arabia. Eventually, the Dutch got seedlings in the latter half of the 17th century. Their first attempt to plant the seedlings in India failed; however, their efforts succeeded in Batavia, on the island of Java in what is now Indonesia. The plants thrived and soon, the Dutch had a growing and productive coffee trade. Then, they expanded the cultivation of coffee trees to the islands of Celebes and Sumatra.

Arrival in the Americas

In 1714, the Mayor of Amsterdam presented a gift of a young coffee plant to King Louis XIV of France – the King then ordered it to be planted in the Royal Botanical Garden in Paris. In 1723, a young naval officer, Gabriel de Clieu obtained a seedling from the King’s plant and despite a difficult voyage, he managed to successfully transport it to Martinique.

Once planted, the seedling not only thrived but it’s credited with the spread of more than 18 million coffee trees on the island of Martinique in the next 50 years. Even more amazing is that this seedling was the parent of all coffee trees across the Caribbean, Central and South America. The famous Brazilian coffee owes its existence thanks to Francisco de Mello Palheta who was ordered by the emperor to French Guiana to get coffee seedlings.

They weren’t willing to share, but the French Governor’s wife – who was captivated by his good looks – gave him a large bouquet of flowers before he left. And buried inside the bouquet were enough coffee seeds to begin what is today a billion-dollar industry.

Spread Across the World

Colonists, traders, missionaries, and travelers continued to carry coffee seeds to new lands, and coffee trees were planted throughout the world. Plantations were built in tropical forests and on rugged mountain highlands. Some crops were short-lived, while others flourished. New nations were established on coffee economies.

Fortunes were lost and made. By the end of the 18th century, coffee became one of the world’s most lucrative export crops. Today, coffee is one of the most traded commodities in the world. It is also one of the most popular beverages consumed by billions of people and has become a mainstay of the modern diet. 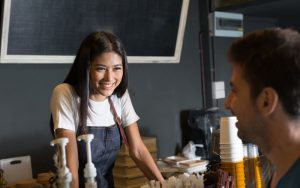