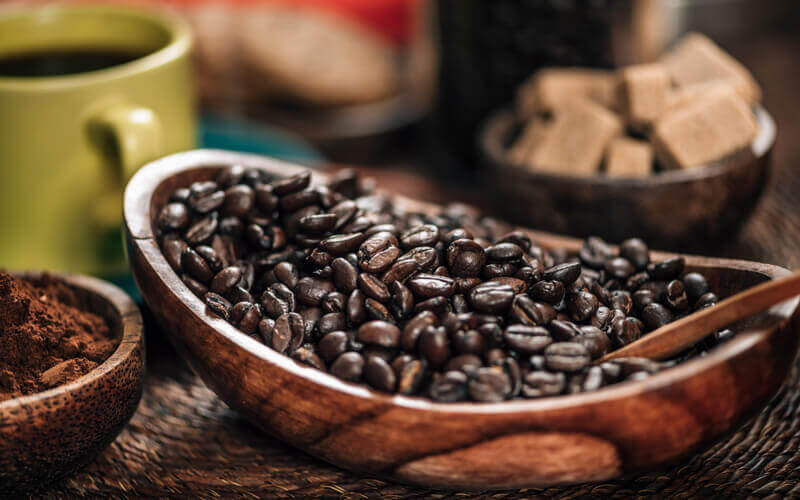 In the Philippines, coffee is the second most consumed beverage after water. In fact, a study by research firm Kantar Worldpanel revealed that coffee is a staple drink for Filipinos, who have shifted from being moderate to heavy coffee drinkers. This probably isn’t a surprise for those in Metro Manila and other urbanized areas, which are full of coffee houses ranging from boutique cafes to big chains. However, the country’s coffee culture has surprisingly old roots, and some aspects of it – including the endangered form of Liberia, Kapeng Barako – are not well known. In this article, we discuss everything you need to know about Kapeng Barako – including its origins and how you can make it at home.

What is Kapeng Barako?

First things first, what is Kapeng Barako? Barako is a Tagalog word which means ‘manliness’ or ‘strong man’, and Kape means coffee. Because of its strong aroma and taste, it got the name Kapeng Barako. Kapeng Barako became a common name for all coffee from Batangas. It is an exotic and rare coffee fully-grown in Lipa and other high places in Batangas, and is known for its strong taste. Barako trees are some of the largest commercially cultivated coffee trees, making them more difficult to grow. They are very tall, reaching up to 66 ft (20 m) high.

The size of the leaves, cherries, and beans of Barako are also among the largest of all coffee varieties. They are considered endangered due to low demand and production. The Slow Food movement has listed it in the Ark of Taste international catalogue of endangered heritage foods. The taste of Kapeng Barako is said to be superior to Robusta, and most Filipino coffee drinkers prefer Barako to Arabica. Excelsa-varraco and Arabica-varraco blends are famous and create a cup with a broader flavor range. It has a unique flavor and a strong fragrance similar to that of aniseed.

In the 1740s, Barako coffee was first introduced to the Philippines by Spanish friars. Originally, it was planted in the lowlands of Lipa, Batangas. From there, it spread to other areas in the province, and Batangas became well-known for its coffee locally. Further, Barako was historically exported from the 1860s onwards to San Francisco and to parts of Europe, with prices five times higher than other Asian coffee beans. In 1876, cultivation of Barako spread to the neighboring province of Cavite. In the 1880s, the Philippines became one of the top four producers of coffee in the world.

However, in 1889, the country’s coffee industry collapsed after coffee rust devasted plantations nationwide. This caused most farmers to shift to other crops. Only a few Barako seedlings survived, most of which were in Cavite. In the mid-20th century, the demand for coffee surged once again. However, Barako didn’t make a comeback since it was difficult to cultivate compared to other coffee varieties. Instead, the new surge in coffee production concentrated on coffee rust-resistant varieties imported from the United States.

Barako only accounts for less than 2% of all commercial coffee grown. It is abundant in the Philippines and is also produced in Malaysia. It is rarely exported, as most production come from small, local farms. Primarily, it is sold to the local and tourist market.

Compared to other coffee varieties, the large sizes of Barako tress make it difficult and less efficient for production and harvesting. This has caused most modern farmers to shy away from it, choosing to grow Robusta varieties instead. However, there has been recent interest in reviving and conserving Barako, including growing preference for it in local coffee shops in the Philippines.

Even overseas, the interest for Barako is growing. Names like Len’s Coffee, a US-based brand, carry Barako and a portion of their profits go to supporting the conservation of both Liberica coffee and the forests in which they grow. In London, second-generation Filipinos, Jovan and Omar, have established Barako Bean, a roastery that’s committed to sourcing and roasting single-origin coffees from the Philippines, including Barako.

Kapeng Barako is best prepared drip brewed or by using a coffee maker machine. In Batangas, brown sugar is used, though some prefer to sweeten it with honey. In Batangas, it is usually served black; however, cream can be added for individual taste. Below, we share some ways to prepare Kapeng Barako.

Here’s how you can prepare the Kapeng Barako using a French Press.

Note: In Batangas, brown sugar is used as a sweeter; however, others prefer honey. Most Batanguenos enjoy their Kapeng Barako served black. However, you can add cream for individual taste.

Barako is a Tagalog word which means ‘manliness’ or ‘strong man’, and Kape means coffee. Because of its strong aroma and taste, it got the name Kapeng Barako. Barako only accounts for less than 2% of all commercial coffee grown. It is abundant in the Philippines and is also produced in Malaysia. However, there has been recent interest in reviving and conserving Barako, including growing preference for it in local coffee shops in the Philippines. It has also been receiving attention overseas.

Kapeng Barako is best prepared drip brewed or by using a coffee maker machine. In Batangas, brown sugar is used as a sweeter; however, others prefer honey. Most Batanguenos enjoy their Kapeng Barako served black. However, you can add cream for individual taste. Enjoy your Kapeng Barako!