Why Is Starbucks So Popular? History, Menu, and Reasons Behind Its Popularity 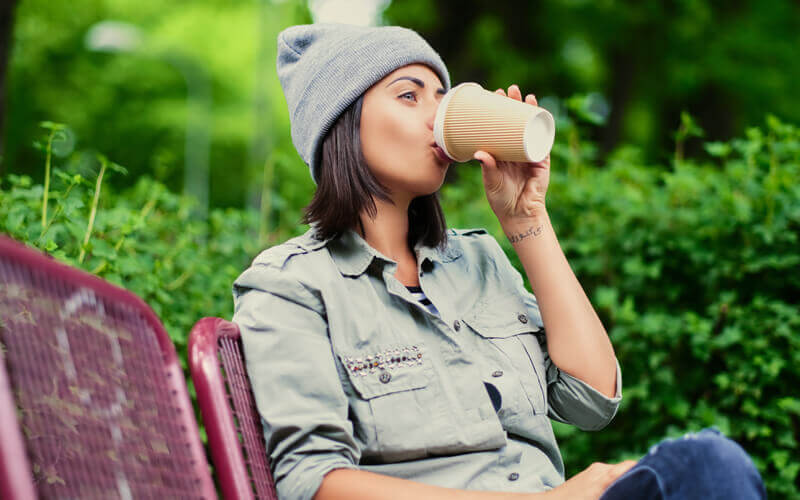 Starbucks. It is arguably the most recognized and successful coffee company in the world. This coffee chain has given rise to the current coffee culture across the globe, and changed how people think about coffee. But, did you ever wonder how and why Starbucks is so popular? In this article, we’re going to delve into the history of Starbucks, its menu, and why people love this coffee chain so much.

Starbucks is an American multinational chain of roastery reserves and coffeehouses based in Seattle, Washington. Based in the Starbucks Center, the company was founded in 1972 by Gordon Bowker, Jerry Baldwin, and Zev Siegl, at Seattle’s Pike Place Market. During the early 1980s, they sold the company to Howard Schultz who – after a business trip to Milan – decided to make the coffee bean store a coffeeshop that serves espresso-based drinks. Schultz’s tenure as the chief executive from 1986 – 2000 led to the aggressive expansion of the franchise – first in Seattle, then across the West Coast. Further, despite the initial economic downturn with its expansion into the Midwest and British Columbia, the company experienced revitalized success upon its entry into California in the early 1990s through a series of publicized coffee wars.

Orin Smith – Schultz’s successor – ran the company for five years and positioned Starbucks as a major player in fair trade coffee and increasing sales to $5 billion. From 2005-2008, Jim Donald served as chief executive and orchestrated a large-scale earnings expansion. In the middle of the 2008 financial crisis, Schultz returned as CEO and spent the succeeding decade increasing its market share, expanding its offering, and reorienting itself around corporate social responsibility. In 2017, Kevin Johnson took over from Schultz and continues to serve as the company’s chief executive.

Ever wondered where the name ‘Starbucks’ came from? Originally, the chain was going to be called ‘Cargo House’. The owners had also considered using the name ‘Pequod’ after Captain Ahab’s ship in Moby Dick. Terry Heckler, the brand consultant who designed the company’s logo, had mentioned that words starting with ‘st’ sounded powerful. Taking this into consideration, the founders brainstormed a list of words starting with ‘st’ and eventually landed on ‘Starbo’ – a mining town in the Cascade Range. From there, the founders remembered the name of the chief mate in Moby Dick: Starbuck. The group decided to add the S at the bottom because it sounded more ‘conversational’. Thus, the name Starbucks was born. Regarding its name, Bowker said that Moby Dick doesn’t have anything to do with Starbucks directly; it was pure coincidence that the sound seemed to make sense.

Before we delve into Starbucks’ menu, you should know that they offer different coffee sizes.

Note: Note that this list is not extensive. Starbucks menu may differ from one branch to another, and they also offer seasonal menus, as well as ‘secret’ menus. To learn more about the Starbucks menu, visit https://www.starbucks.com/.

Why Is Starbucks so Popular?

Ever wondered why Starbucks is so popular? Here are _ reasons why.

Overall, the Starbucks coffee experience can be summed up in a few words: excellent coffee in comfortable surroundings, served by an attentive staff and produced by a company that cares. With a commitment to creating a comfortable atmosphere and great tasting drinks, it’s no wonder why Starbucks has become so popular around the world.

1 thought on “Why Is Starbucks So Popular? History, Menu, and Reasons Behind Its Popularity”