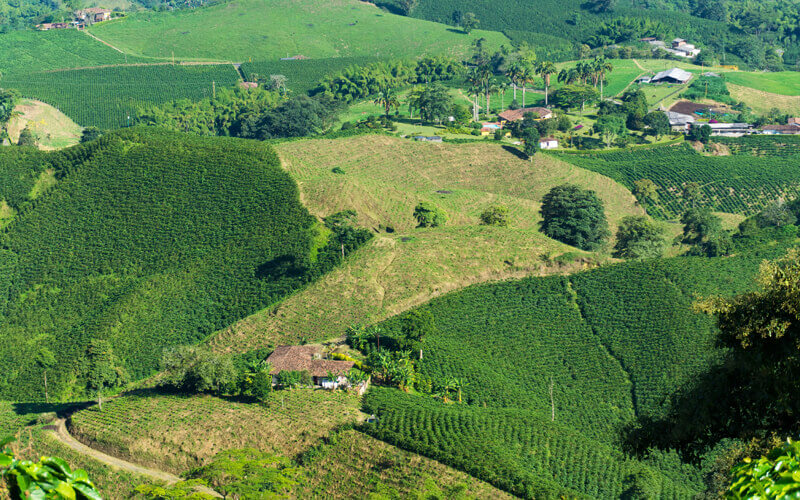 The Philippines has had a rich history in the coffee industry dating back to 1740. With coffee being the second largest traded commodity behind oil in the world, the Philippines has gone from a top producer in the late 1800s to a minor player in the industry.

In this article, we look at the history of coffee in the Philippines.

Coffee production in the Philippines started as early as 1740 when the Spanish introduced coffee in the islands. It was once a major industry in the country, which 200 years ago was the 4th largest coffee-producing nation.

Coffee was introduced in the Philippines as early as 1730, when a Franciscan friar planted the first coffee tree in Lipa, Batangas. Coffee introduced in the country came from Mexico. Later, coffee production was promoted by Augustinian friars, Benito Varas and Elias Nebreda in other parts of Batangas, including Tanauan, San Jose, Taal, Lemery, and Ibaan.

Coffee plantations became a part of the foundation of Batangas’ economy. Eventually, Lipa was labeled as the coffee capital of the Philippines.

Growth in the 19th Century.

After the American Civil War in 1865, there was a sudden increase in demand for Philippines coffee in the United States because it became cheaper to import coffee from the Philippines than importing it from Brazil.

Barako from Batangas was shipped from Manila to San Francisco – in fact, half of the country’s coffee experts in that year were shipped to San Francisco. In 1869, following the opening of the Suez Canal, coffee also began to be exported to Europe. In 1876, coffee was introduced in the town of Amadeo, Cavite and the province started producing coffee.

By 1891, coffee production in the Philippines was reduced to 1/6 of its total production. By this time, Brazil has reclaimed its position as a major coffee producer. A few of the surviving coffee seedlings were transferred to Cavite where they flourished. While this was not the end of Batangas’ coffee growing days, there was less area allotted to coffee since many farmers shifted to growing other crops.

With assistance from Americans, the Philippine government introduced a variety of coffee to the country in the 1950s. Instant coffee began to be produced in commercial quantities – this resulted in the increase of demand for coffee.

In the 1960s, many farmers started to shift back to growing coffee. However, importation of coffee was momentarily stopped due to a surplus in the world market. In 1980, the Philippines became a member of the International Coffee Organization (ICO).

Batangas: Seeking to Return to Its “Coffee Capital” Glory Days

Batangas was once famous as the Philippines’ coffee capital and was once a top exporter of coffee beans around the world until 1889. Today, Batangas seeks to return to its “coffee capital” glory days. The Batangas government supports the Barako revival program pushed by an advocacy group known as “Batangas Forum”.

“’Barako’ (manly, also a kind of coffee) is a symbol for Batangas, this arrogance, pride, dignity and nobility of Batangueños. This is a symbol, but we should again be made wealthy by coffee,” Governor Hermilando Mandanas said in a statement.

To launch the “Kapeng Barako Revival Project” Batangas Forum partnered with the provincial government. Mandanas is also infusing a Php 20 billion investment in an infrastructure project which is said to support this initiative.

“We are putting up food terminals so we ourselves would buy coffee. It will ake us 10 years to restore Batangas’ reputation as the Philippines’ coffee capital, but we need to show that there’s money in planting and buying barako coffee,” Mandanas said.

The Philippines in the Coffee Global Value Chain

While the Philippines has a rich history as a major exporter of coffee beans, various challenges such as insufficient government support, coffee rust, insect infestation, and shifting dynamics within the global industry have caused the industry to atrophy in the recent decades.

Currently, the Philippines coffee production levels are similar to small-scale nations, such as Madagascar, Togo, and Guinea. The value of its 2015 exports of roasted and green coffee accounted for less than 0.003% and 0.0004% of global trade, respectively.

However, despite low coffee production and exports, the Philippines has been a prominent importer of instant coffee by volume since 2011 and is projected to become one of the world’s largest five consumers by 2021. All four coffee species are produced and grown in the Philippines. Accounting for 69% of 2015-2016 production by volume, Robusta is the dominant coffee variety.

This is followed by Arabica (24%), Excelsa (6%), and Liberica (1%). The largest coffee producing regions in the Philippines are based in Mindanao, particularly in Davao, Central Mindanao, and the Autonomous Region of Muslim Mindanao.The Philippines’ key strengths in the coffee global value chain relate to its geographic conditions that have enabled the industry to flourish at various points in the last decades.

Furthermore, geographic conditions in the country allow for the production of all four varieties of coffee – Robusta, Arabica, Excelsa, and Liberica—throughout the country. Support from government and private sector stakeholders, such as the Cooperative Development Authority (CDA), Departments of Agriculture, Trade and Industry, Environment and Natural Resources, Science and Technology, Labor and Employment, have provided vigorous support for the coffee industry as well.

However, the glory days of the Philippine coffee industry lasted until around 1889 when coffee rust and insect infestation devastated coffee trees in the region. Today, Batangas is seeking to reclaim its “coffee capital” glory days through certain initiatives.

The Philippines’ footprint in the coffee global value chain is quite small; however, the country has established itself as a vibrant coffee market.