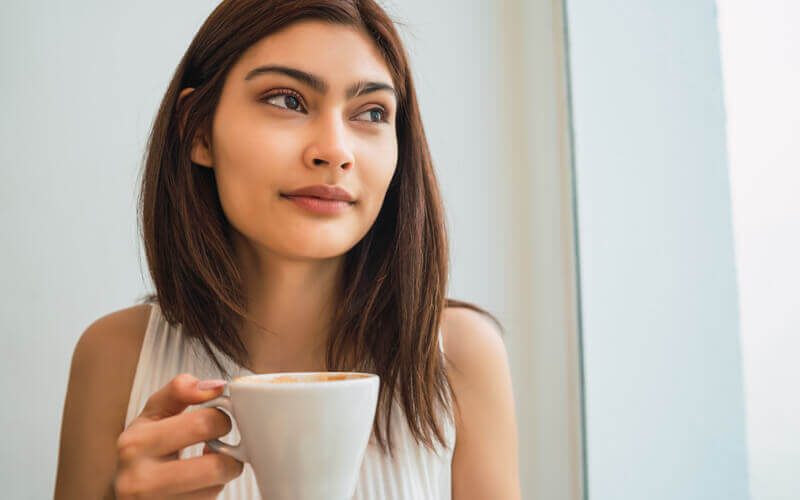 The Kape Umali Coffee Company is a pioneer in coffee distribution since 1948. Using the freshest coffee beans and blends, they cater to hotels, offices, resorts, small eateries, restaurants, and coffee shops. In this article, we discuss everything you need to know about Kape Umali.

During the liberation era at the close of the last global war, the matriarch of the Umali clan of Lipa, Batangas moved to Baguio City in 1948. Arsenia, wife of late businessman Silverio Olarte, first brought Kapeng Barako to Baguio city as a distributor, thus, becoming the city’s first Kapeng Barako trader in Baguio City. In 1951, the Arsenia Umali Coffee Store was established at the Baguio Public Market. It became the first store selling Kapeng Barako – a combination of Robusta and Excelsa – from Lipa, Batangas. Before focusing on the coffee-trading business, Arsenia and her son Alberto were selling assorted goodies and garments for pasalubong.

According to Rondel Salcedo Olarte, current owner of Kape Umali Coffee, his grandmother’s family members were farmers back in Batangas. According to him, his grandmother’s family owned several farms in Lipa before the war. Unfortunately, all those farms were lost and the family couldn’t regain possession because all documents, including land titles back then, were destroyed or burned during the war. The increasing demand and opportunity to make it big in the Barako coffee-distribution industry prompted Arsenia to focus on coffee.

The Umalis’ coffee business thrived in the 1970s, distributing premium roasted coffee and coffee beans in the city that extended to other areas in Northern Luzon. Umali Coffee became the leading source of coffee beans, not only in the city, but in the entire province and most parts of northern Luzon. It had two store branches located at Baguio hangar market and the public market. In the 1980s. they started to venture into cafeterias located at Hangar Market, Hilltop Hotel and 2nd Kayang Street.

After his grandmother passed away, most of the stores fell under different administrations mostly because of mismanagement, unsettled debt, and other reasons. “However, the first store held its ground and survived the turmoil. Then, almost my entire family left for the United States. The stores were offered to other companies and were in lease for almost a decade,” Olarte says.

“When my wife [Sheila Marie Gumban Olarte]  and I came into the picture, we revived the coffee shop. Caffeine Addict was established 2004 in Nevada Square in Baguio City under the collaboration of Sendero Luminoso and Umali Coffee Store, and tried to regain the Umali name as a dominant coffee provider,” he says.

In 2010, Caffeine Addict and Umali Coffee Store were consolidated under Kape Umali Coffee Company on cooperation with GFI, as its coffee farms and roasting partner. It reclaimed its original stature in the Cordillera market with the help of loyal customers, and good relations with local coffee farmers and other client companies. In 2011, Kape Umali re-opened at its original location at Hangar Market and in Shangri-La village. In 2013, the simple coffee shop became a diner and a micro roaster. In 2014, Olarte and his wife re-invented the coffee shop and roaster into a jazz café. They also started to offer barista training to friends who wanted to start their own coffee shops.

“At present, Kape Umali is inching its way once again as one of the biggest source of roasted coffee beans in the region. We are now providing coffee all throughout the Philippines and other parts of the globe. Venturing to coffee shops, cafeterias and coffee merchandising. We are also advocating agriculture development in-support of farmers’ better welfare, empowering start-up coffee shops through supply and barista assistance, and uplifting the coffee industry in the Philippines,” he says.

Olarte was able to revive the business from an initial capital of P10,000. “If they ask me how, I usually just answer it was keen planning and right timing,” Olarte says.

So, how did Olarte manage to revive the family business?

“Marketing,” he said. “We did a lot of marketing.”

According to Olarte, the business is doing well as people are starting to appreciate the local coffee industry. “It’s doing well.  We are currently on the rise because of the nationwide awareness of the coffee culture. If I remember correctly back in 2013, during the Department of Trade and Industry’s first Coffee Conference, where I was one of the speakers. There were just a handful of stakeholders, farmers that are into coffee, roasters and even local coffee shops around. In just a span of three years, these numbers doubled in size,” says Olarte.

Olarte says that he initially didn’t plan to be an entrepreneur – he simply did what he had to do to survive and to keep his family’s legacy alive.

“It was the circumstances, opportunities that opened—the simple passion about coffee and the desire for self-improvement that drove me into this line of work,” Olarte says.

Olarte and his wife Sheila Marie Gumban now run the family business and are keeping the tradition alive. They have even expanded from being a mere coffee distributor from Batangas to consolidating farms, including in the hinterlands of Benguet. Plus, they run three coffee shops while doing retail and wholesale, import and export of premium-quality roasted coffee beans.

To help enhance the Filipinos’ appreciation for coffee – particularly Barako coffee – Kape Umali is providing coffee-providing related services like training and seminars about coffee, from farming to roasting to brewing, with Baguio City as its base of operations.

The coffee shops/coffee stores in Mines View Plaza, Shangri-La Village, and the Public Market are offering espresso-based latte, Americano, cappuccino, mocha, and macchiato. They are also selling roasted-coffee products – wholesale and retail – like Arbica, Robusta, Excelsa, and Liberica – grown and harvested from the family’s consolidated farms, then roasted and packed for distribution. 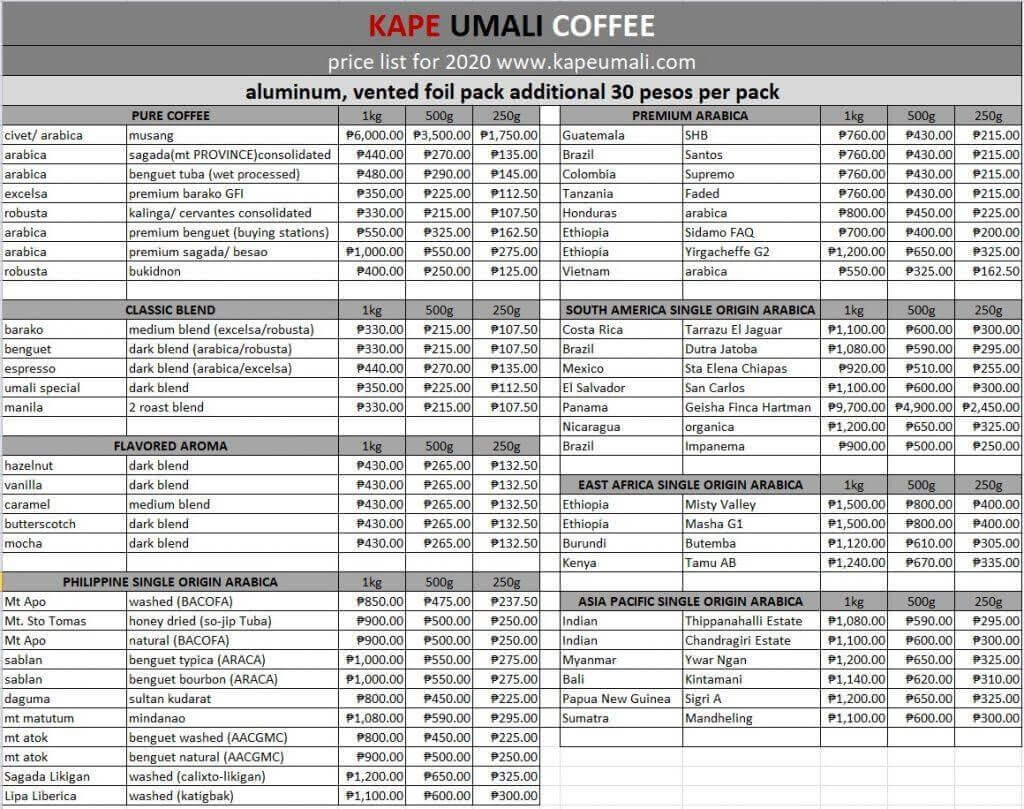