Coffee: How Many Cups Can You Drink Per Day? 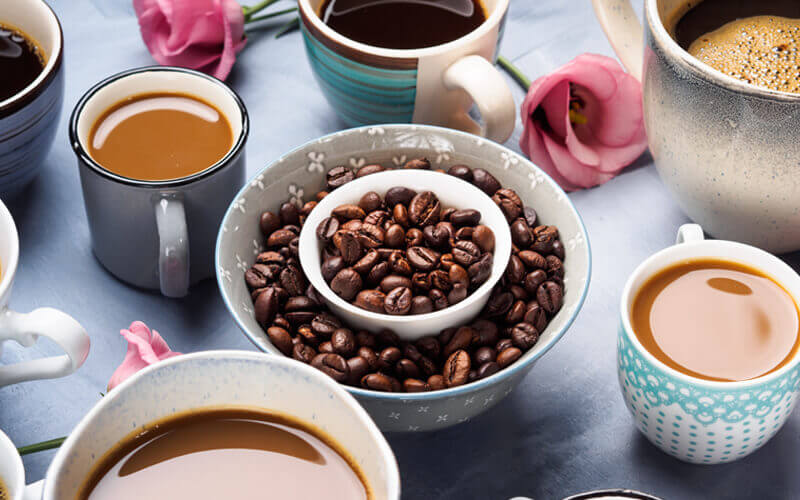 Coffee: How Many Cups Can You Drink Per Day?

Do you feel concerned when you reach for that second, or even third, cup of coffee in the morning? Go ahead and indulge yourself. Studies conclude that healthy adults can consume up to 400mg of caffeine per day – that’s around four 8oz. cups of coffee or six espresso shots.

But, you can have too much of a good thing – even when that good thing is a steaming hot cup of coffee. How much is too much, though, is really a matter of caffeine – and varies from one person to another. After all, caffeine affects people differently. Also, different varieties and brands of coffee pack different amounts of caffeine.

According to the U.S. National Library of Medicine, an 8oz. cup of regular coffee can contain anywhere from 95 to 200mg of caffeine. The same serving of decaf usually contains anywhere from 2 to 15mg, while an espresso shot averages about 63mg. So whether or not, say, three cups of coffee per day might be too much really depends on the caffeine content in your particular drink.

Ultimately, everyone handles coffee a little differently. So, experts recommend sticking to no more than 4 to 5 cups of coffee a day – just to be safe. And as with everything, listen to your body. It’s important to monitor your caffeine intake to make sure it remains at levels that your body and mind can tolerate.

Coffee and Caffeine: The Health Benefits

When people think of coffee, they usually think about its ability to provide an energy boost. But beyond its ability to boost energy and help you focus, research shows that it has numerous health benefits as well.

Coffee and Caffeine: The Side Effects

Drinking too much coffee can also have some adverse effects.

Light-to-moderate caffeine intake seemingly provides impressive health benefits for many people. On the other hand, very high doses may lead to side effects that interfere with day-to-day living. Ultimately, everyone handles coffee a little differently. So, experts recommend sticking to no more than 400mg of caffeine per day (4 to 5 cups) – just to be safe.

And as with everything, listen to your body. It’s important to monitor your caffeine intake to make sure it remains at levels that your body and mind can tolerate.