Date Published: January 3, 2023
Coffee has a way of weaving itself into the fabric of our lives and routines. Whether you're a caffeine fanatic or a casual sipper, these quotes are sure to resonate with any coffee lover.
Share with other coffee nerds!

Coffee – a daily ritual, a comforting companion, a source of inspiration.

Here are some inspirational coffee quotes and famous quotes that capture the essence of this beloved beverage, particularly for those who are addicted to coffee quotes.

Watch this video and Listen to its relaxing music background.

Cheers to the Rich Brew that Fuels our Day!

“Bernard-Paul Heroux believes that ‘There is no trouble so great or grave that cannot be much diminished by a nice cup of tea.”Coffee Quotes?

“Anaïs Nin once said, ‘Coffee is a language in itself.”

“Henry Rollins observed, ‘Coffee is a necessary evil in the morning.”

“And for T.S. Eliot, coffee is a measure of life: ‘I have measured out my life with coffee spoons.”

“Terry Pratchett said, ‘Coffee is a way of stealing time that should by rights belong to your older self.”

“Bernard-Paul Heroux believes that ‘There is no trouble so great or grave that cannot be much diminished by a nice cup of tea.”

“David Lynch simply stated, ‘The best coffee is the coffee you like.”

“An unknown source quipped, ‘Coffee is a daily necessity. It keeps me going until it’s time for wine.”

“Ronald Reagan joked, ‘I never drink coffee at lunch. I find it keeps me awake for the afternoon.”

“Lewis Black said, ‘I like coffee because it gives me the illusion that I might be awake.”

“An unknown wit remarked, ‘Coffee is not my cup of tea.”

“Sir James Mackintosh believed that ‘The powers of a man’s mind are directly proportional to the quantity of coffee he drank.”

“Napoleon Bonaparte said, ‘I would rather suffer with coffee than be senseless.”

Here are some quotes for all coffee lovers out there who need some inspiration.

“Take a shower. Wash away every trace of yesterday. Of smells. Of weary skin. Get dressed. Make coffee, windows open, the sun shining through. Hold the cup with two hands and notice that you feel the feeling of warmth.

You still feel the warmth.

Now sit down and get to work. Keep your mind sharp, head on, and eyes on the page and if small thoughts of worries fight their way into your consciousness: threw them off like fires in the night and keep your eyes on the track. Nothing but the task in front of you.

Get off your chair in the middle of the day. Put on your shoes and take a long walk on open streets around people. Notice how they’re all walking, in a hurry, or slowly. Smiling, laughing, or eyes straight forward, hurried to get to wherever they were going. And notice how you’re just one of them. Not more, not less.

Find comfort in the way you’re just one in the crowd. Your worries: no more, no less.

Now get back to work.

Work with your mind sharp and eyes focused and if any thoughts of worries or hate or sadness creep their way around, shake them off like a runner in the night for you own your mind, and you need to tame it. Focus. Keep it sharp on track, nothing but the task in front of you.

Work until your eyes are tired and your head is heavy, and keep working even after that.

Then take a shower, and wash off the day. Drink a glass of water. Make the room dark. Lie down and close your eyes. Notice the silence. Notice your heart. Still beating. Still fighting. You made it, after all. You made it, another day. And you can make it one more. You’re doing just fine. You’re doing fine.

“As soon as coffee is in your stomach, there is a general commotion. Ideas begin to move…similes arise, and the paper is covered. Coffee is your ally and writing ceases to be a struggle.”  ― Honoré de Balzac

“We want to do a lot of stuff; we’re not in great shape. We didn’t get a good night’s sleep. We’re a little depressed. Coffee solves all these problems in one delightful little cup.” ― Jerry Seinfeld

“Among the numerous luxuries of the table…coffee may be considered as one of the most valuable. It excites cheerfulness without intoxication; and the pleasing flow of spirits which it occasions…is never followed by sadness, languor or debility.”     ― Benjamin Franklin

“It doesn’t matter where you’re from – or how you feel… There’s always peace in a strong cup of coffee.”― Gabriel Bá

“I love the smell of coffee. It gives me the awesome feeling of hope!”― Avijeet Das

“Live life today like there is no coffee tomorrow.”― Meik Wiking

“Coffee should not be drunk in a hurry. It is the sister of time and should be sipped slowly, slowly. Coffee is the sound of taste, a sound for the aroma. It is a meditation and a plunge into memories and the soul.”― Mahmoud Darwish

“Coffee is the best thing to douse the sunrise with.”— Terri Guillemets

“The morning cup of coffee has an exhilaration about it which the cheering influence of the afternoon or evening cup of tea cannot be expected to reproduce.”     ― Oliver Wendell Holmes, Sr.

“A morning coffee is my favorite way of starting the day, settling the nerves so that they don’t later fray.”― Marcia Carrington

“Once you wake up and smell the coffee, it’s hard to go back to sleep.”– Fran Drescher

“You wake up and feel a sudden sadness that you never felt before. You try to find a reason behind it but you cannot. You think coffee might change the feeling. So you make yourself a hot cup of coffee and put on the music player. Do you feel better now?”― Avijeet Das

“If you feel a need to get wired, take my advice. Loud, fast music coupled with strong, black coffee is the best way to go.”― Lou Brutus

“I orchestrate my mornings to the tune of coffee.”— Terri Guillemets

“I love coffee. I sometimes get excited at night thinking of the coffee I’ll get to drink in the morning. Coffee is a reason to wake up. There are other reasons, of course. But coffee is the incentive, at the very least.”― Annie Clark

“Some of the world’s most effective thoughts happen over a brew of morning’s coffee.”   ― Prabhukrishna M

“It’s amazing how the world begins to change through the eyes of a cup of coffee.” ― Donna A. Favors

Looking for a laugh? Here are some funny coffee quotes to brighten up your day.

“I love the smell of socially acceptable chemical dependence in the morning.”― Anonymous

“Way too much coffee. But if it weren’t for the coffee, I’d have no identifiable personality whatsoever.”    ― David Letterman

“Iced coffee might be cold, but it was made in heaven.”― Anthony T. Hincks

“May your coffee be stronger than any challenges you face today. But if not, remember: DON’T throw your cup at anyone. You need it for refills.” ― Nanea Hoffman

“Even bad coffee is better than no coffee at all.”     ― David Lynch

“Even nihilists put sugar in their coffee to make it sweeter.”― Marty Rubin

“I need to espresso love by whatever beans necessary.”― Anyta Sunday

“No matter what historians claimed, BC really stood for Before Coffee.”     ― Cherise Sinclair

“It is inhumane, in my opinion, to force people who have a genuine medical need for coffee to wait in line behind people who apparently view it as some kind of recreational activity.”― Dave Barry

“Behind every successful woman is a substantial amount of coffee.” ― Stephanie Piro

“What goes best with a cup of coffee? Another cup.” ― Henry Rollins

“At this point, caffeine wasn’t for pleasure, it was sheer survival.”― Stormy Smit

Cheers to the Rich Brew that Fuels our Day

Coffee has a way of weaving itself into the fabric of our lives and routines. Whether you’re a caffeine fanatic or a casual sipper, these quotes are sure to resonate with any coffee lover.

So raise a cup to the warm, rich brew that fuels our days and inspires our hearts. Here’s to coffee, the common man’s gold, a language in itself, a necessary evil, and a daily necessity. May it bring you joy, comfort, and a little bit of caffeine-fueled madness.

Discover “Addicted To Coffee” products that are tailored to your taste. 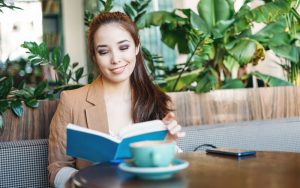 Are you in love? Brokenhearted? Stressed out? Whether you’re looking for hugot para kay crush, 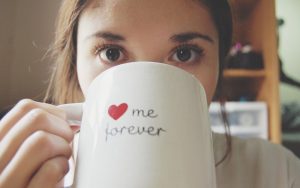 Brokenhearted? In love? Stressed out? Whatever you’re going through, you can be sure that there 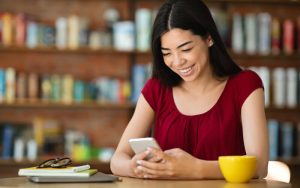 Best Funny Bisaya Quotes and Bisaya Hugot Lines for You

Whether you’re feeling sad, in love, heartbroken, inspired, or nostalgic, we’ve got a collection of Black Scoop Cafe: Everything You Need to Know 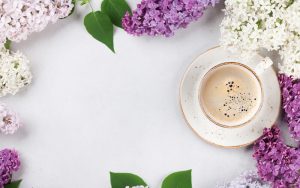 MX3 Coffee Critical Reviews on Health Benefits and Side Effects

Discover everything you need to know about Garcinia Mangostana and MX3 coffee, as well as 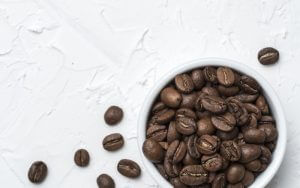